How to Manage Rising Interest Rates 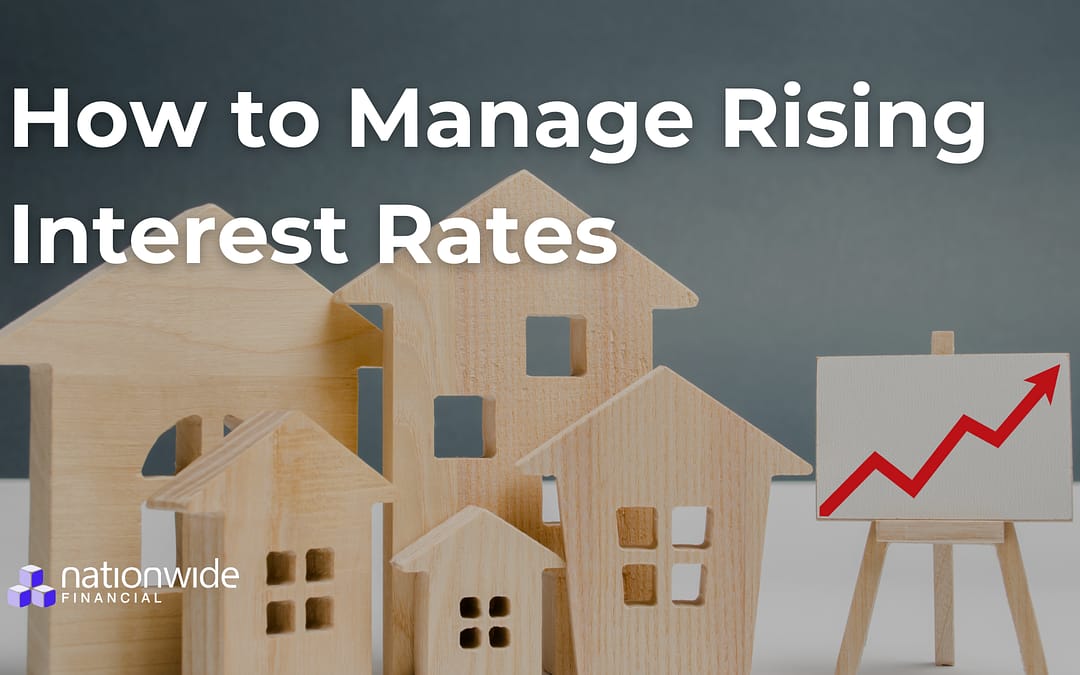 Rising interest rates are almost always portrayed as bad news, by the media and by politicians of all persuasions. But a rise in rates cuts both ways.

Higher interest rates are a worry for people with home loans and borrowers generally. But they are good news for older Australians who depend on income from bank deposits and young people trying to save for a deposit on their first home.

Rising interest rates are also a sign of a growing economy, which creates jobs and provides the income people need to pay the mortgage and other bills. By lifting interest rates, the Reserve Bank hopes to keep a lid on inflation and rising prices. Yes, it’s complicated.

How high will rates go?

In early May, the Reserve Bank lifted the official cash rate for the first time since November 2010, from its historic low of 0.1 per cent. The reason the cash rate is watched so closely is that it flows through to mortgages and other lending rates in the economy.

To tackle the rising cost of living, the Reserve Bank expects to lift the cash rate further, to around 2.5 per cent.1 Inflation is currently running at 5.1 per cent and while unemployment is below 4 per cent, annual wages growth of 2.4 per cent is not keeping pace with rising prices.2

So what does this mean for household budgets?

Mortgage rates on the rise

The people most affected by rising rates are likely those who recently bought their first home. In a double whammy, after several years of booming house prices the size of the average mortgage has also increased.

According to CoreLogic, even though price growth is slowing, the median home value rose 16.7 per cent nationally in the year to April to $748,635. Prices are higher in Sydney, Canberra and Melbourne.

How much could mortgage repayments rise for a new owner occupier?

Still, it’s believed most homeowners should be able to absorb a 2 per cent rise in their repayments.

The financial regulator, APRA now insists all lenders apply three percentage points on top of their headline borrowing rate, as a stress test on the amount you can borrow (up from 2.5 per cent prior to October 2021).

But with prices increasing for food, fuel, childcare and other basics, budgets are tight, and households may need to cut back non-essential spending or increase their hours of work.

Before you take drastic measures, it’s worth looking at some painless ways to improve your household budget.

Whatever your circumstances, the shift from a low interest rate, low inflation economic environment to rising rates and inflation is a signal that it’s time to revisit some of your financial assumptions.

The first thing you need to do is update your budget to factor in higher loan repayments and the rising cost of essential items such as food, fuel, power, childcare, health and insurances. You could then look for easy cuts from your non-essential spending on things like regular takeaways, eating out and streaming services.

If you have a home loan, then potentially the biggest saving involves absolutely no sacrifice to your lifestyle. Simply pick up the phone and ask your lender to give you a better deal. Banks all offer lower rates to new customers than they do to existing customers, but you can often negotiate a lower rate simply by asking.

The big four banks’ discount rates are more than 2 per cent below their current headline rates, a potential saving of tens of thousands over dollars over the life of your loan. If your bank won’t budge, then consider switching lenders. Just the mention of switching can often land you a better rate with your existing lender.

The challenge for savers

Older Australians and young savers face a tougher task. Bank savings rates are generally non-negotiable, but it does pay to shop around.

High interest rates traditionally put a dampener on returns from shares and property, so commentators are warning investors to prepare for lower returns from these investments and superannuation.

That makes it more important than ever to ensure you are getting the best return on your savings and not paying more than necessary on your loans.

If you would like to discuss a budgeting and savings plan, give us a call.